Henry VIII granted the site of Combe Grove to Humphrey Colles in 1542. It was later sold to Matthew Colthurst, MP for Bath. However, the first mention of the present dwelling dates to 1698, when it was reportedly owned by “a merchant from Grave’s End”.

In 1706 Combe Grove was occupied by a local family, which had lived in the village since the 1500s.

Over the years various renovations and additions were carried out on the property, including the planting of a grove of fir trees that gave the property its name.

Between 1748 and 1790 the Methodist preacher, John Wesley, was a regular visitor, preaching from the terrace to small congregations on the lawns below.

The house passed through many hands before it was purchased by the Vaughan-Jenkins family in 1810. They kept it in the family until 1968. It was then let to Audrey Easter, who turned it into unfurnished apartments for “ladies and gentlemen who declined to housekeep”. The permanent residents included Rex Harrison and his wife Kay Kendall. as well as the actor and composer Ivor Novello and his mother.

The imposing entrance from Brassknocker Hill originally featured wrought iron gates which were shown at the Great Exhibition of London in 1851. They cost £300.

The health club, Cannon’s, opened in the early 1970s and was managed by Ron Clarke MBE, an Australian athlete who competed against Roger Bannister.

In March 2017, Combe Grove was purchased by The Elmhurst Foundation, a charity which plans to transform Combe Grove into a centre for work-based learning excellence, creating a range of high quality enhanced apprenticeships. The longer-term vision is to evolve Combe Grove into a unique retreat for modern living, making the very most of the estate’s tranquil woodland setting and outstanding natural views. 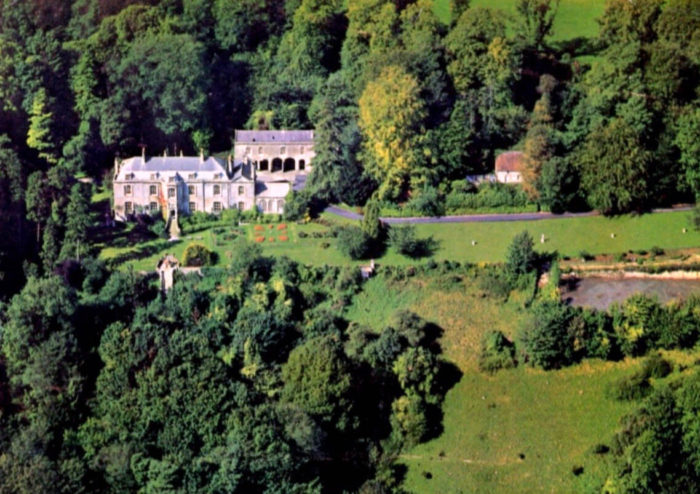 To read more about Combe Down and Combe Grove history, click here!